All our social networking partners are now given 25% up front discount on all our Serendib Golden Herbal tea promotion and distribution.

Each tea spoon of golden slim tea is included the following weight loss agents Garcinia Cambogia – natural active in gradient HCA will boost fat –burning and cut back appetite .the heath effect of tea have been examined ever since the first infusion of camellia since about 4700 years ago in China.

Based on our research on the introduction of Serendib Diabi Tea (formally Serendib Antidiabetic tea) goes back to 2004. We are the world’s first produce and test product on black tea and 22 herbal spices first introduced in 2009, we are an organization founded in 1999 to provide patent on antidiabetic and claim Industrial Technology Institute of Sri Lanka certificate and the world’s Institutional recognition.

aromatic flavor roadside tea vendors in Asia especially in India mixed well with cardamom. In India herbal can be found in ancient Ayurvedic tradition prepared with cinnamon and black pepper traditional healing herbal tea, and their roots. When raw materials around the world to add a feature, this wonderfully sweet and spicy version of our beloved drink Serendib Golden Spicy Tea – and every bit as soothing feeling.

Green tea is so good for you that it’s even got some researchers craving.”It’s the healthiest thing I can think of to drink,” says Christopher Ochner, PhD. He’s a research scientist in nutrition at the Icahn School of Medicine at Mount Sinai Hospital. Green Tea Contains Various Bioactive Compounds That Can Improve Health condition of humans. Please make your choice today itself.

Be a Part of Serendib Tea 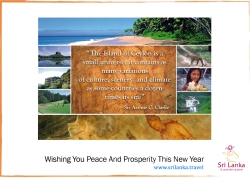